Now in its third edition, the week-long celebration of Quebec's most iconic dish has grown considerably to include fifty restaurants in Montreal alone, not to mention four other cities.  With so many options, we aimed to turn things around this year following the (mostly) passable poutines we got to sample and review two years ago.

Being the habitual procrastinators that we are, we left ourselves the last day of the festival to stuff in as many poutines as our digestive systems would allow.  Since logistics were of the essence, we chose to crawl the downtown/Concordia Ghetto area, mostly due to the many participants within walking distance from each other.

With the exception of Copper Branch's vegan poutine, everything we tested stuck to the basics when it came to the fries and squeaky cheese.  While not necessarily a bad thing, we were hoping for more daring cheese choices.  The only experimentation tonight came from the protein and sauce.  And now for the poutines, in ascending order of appreciation… 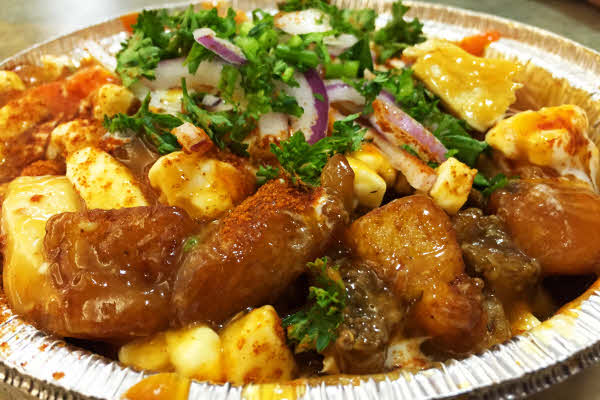 "garlic potatoes, chicken & beef shawarma, vegetarian sauce, grilled onions, parsley, cheese".  This tasted like a mishmash of everything a typical Lebanese fast food chain serves.  The over-roasted mushy garlic potatoes were only made worse by the pint of gravy that was poured all over.  This would probably hit the spot at 4am after a long boozy night! 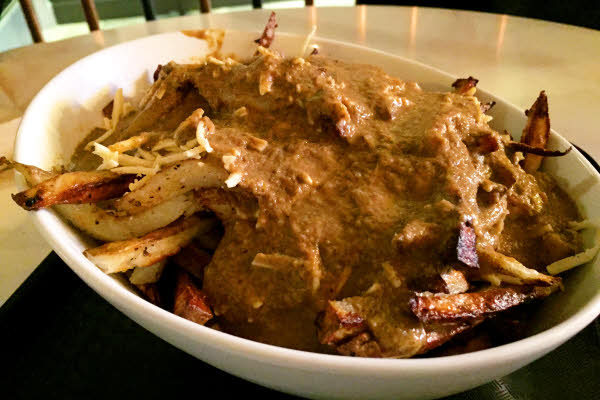 "portobello and miso sauce, air-baked fries, vegan cheese".  Initially intrigued by this healthier vegan alternative, our skepticism was justified as it failed on execution.  While baked fries and vegan cheese are not our cup of tea, the big miss was the sauce; it was very grainy, thick and did not provide as much umami as we expected. 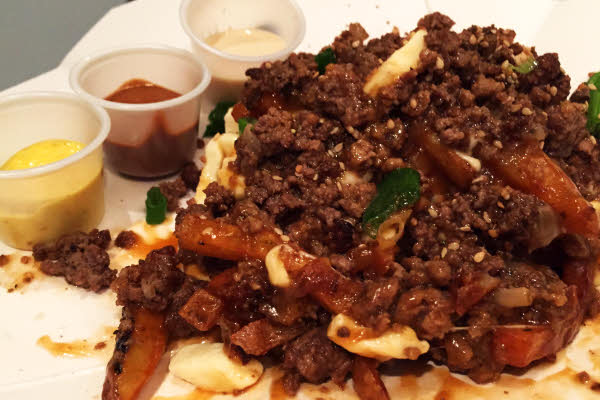 "hand cut fries, fresh curd cheese, gravy, caramelized onions, sautéed minced beef, garnished with sesame & shallots, choice of sauce".  Besides the mince's strong beefy flavor, the twist was the three sauces: thick salty peanut, mild curry, and watered down tahini.  While each paired adequately with the poutine, we thought the tahini, which could use more concentration, worked best. 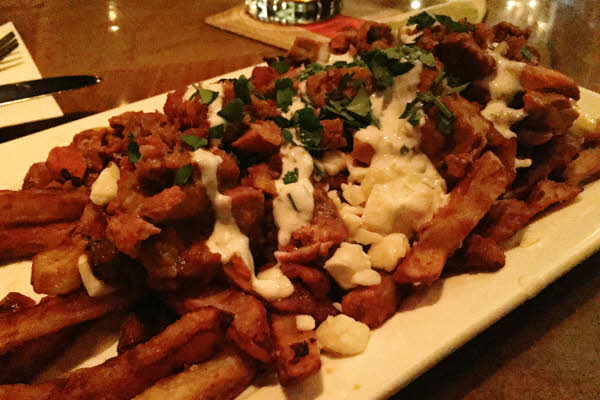 "traditional tikka masala chicken poutine garnished with cucumber yogurt, coriander and crispy chicken skin".  The chicken was tender and flavorful, although it failed to deliver a spicy punch; while the skin added a nice crunch.  The dish as a whole was a little dry.  Although the yogurt was a great topping, we were looking for more of a masala sauce. 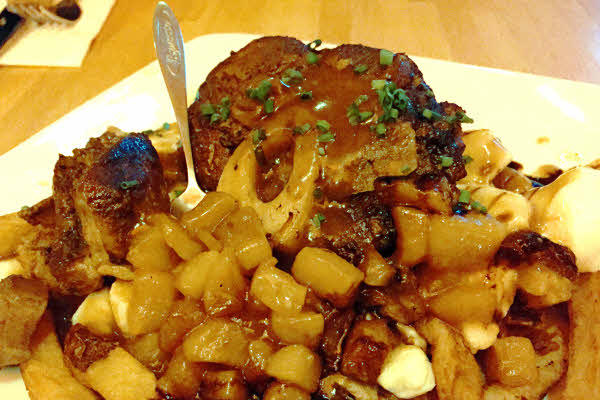 "home cut fries & fresh cheese curds topped with white wine braised veal osso buco & sweet caramelized pears, smothered with a demi glace poutine sauce".  Great flavors from each component.  Big chunks of cheese, a round deep flavored sauce contrasted by the sweet/sour pears.  We were disappointed with the veal, which should have shined, as it was very tough. 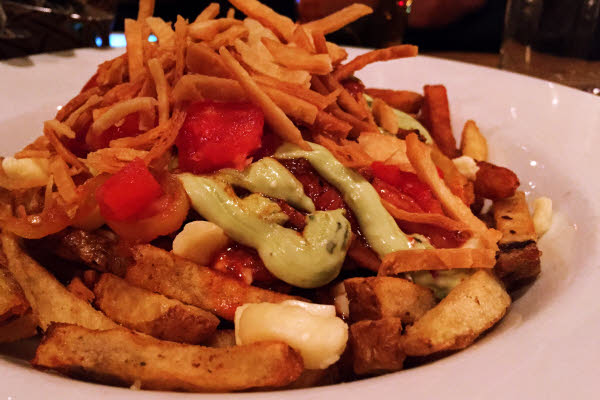 "beer braised short ribs chili on a bed of french fries with cheese curds, topped with pico de gallo, avocado crema and crispy tortilla".  Super tender beef in a rich, flavourful chili.  The pico de gallo adds that sourness that breaks the intense chili flavors and keeps you digging in for more.  Easily the highlight of the night.

To conclude, most of tonight's poutine recipes showed promise, but fell short on execution in one way or another.  We realize we played it safe once again with our restaurant choices; these are not exactly culinary institutions.  Don't get us wrong, we love the idea of Poutine Week; it just hasn't produced that elusive, perfect (for us) poutine yet.  Maybe next year? 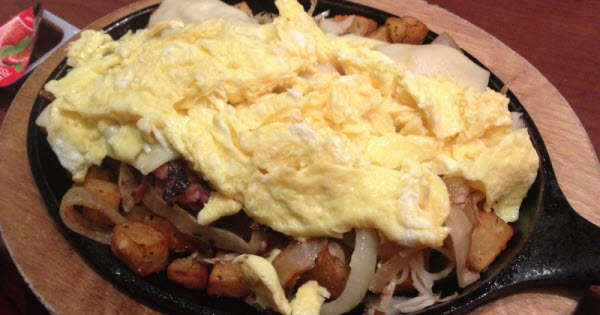 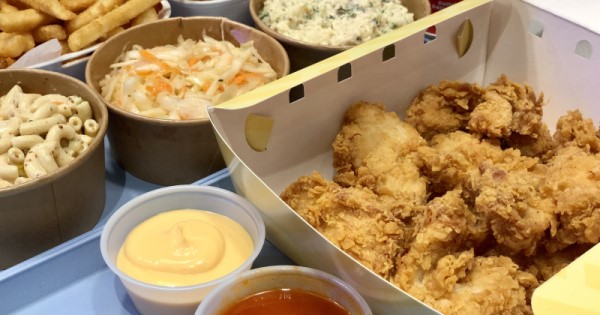