The House That Antonopoulos Built

While the majority of Montreal dining rooms have fully reopened by now following the COVID-19 lockdown, my handful of outings have stuck to terraces.  For starters, it is less risky from a contagion aspect.  Moreover, with the turning weather, the days of enjoying a meal al fresco are dwindling.

As such, a friend of mine and I set out to pick the most attractive terrace for dinner as we power-walked through Old Montreal on this Tuesday evening.  With Saint-Paul Street turned into a pedestrian alley lined with dining tables, the options abound but did not offer enough separation from the nearby foot traffic.  Rooftop patios were also out of contention due to the day's abnormally-strong winds.

We then walked past Vieux-Port Steakhouse and immediately remembered its courtyard in the back.  Surrounded by old stone walls, decked out with its own bar and just about half full, it provided the perfect mix of privacy and conviviality we were seeking. 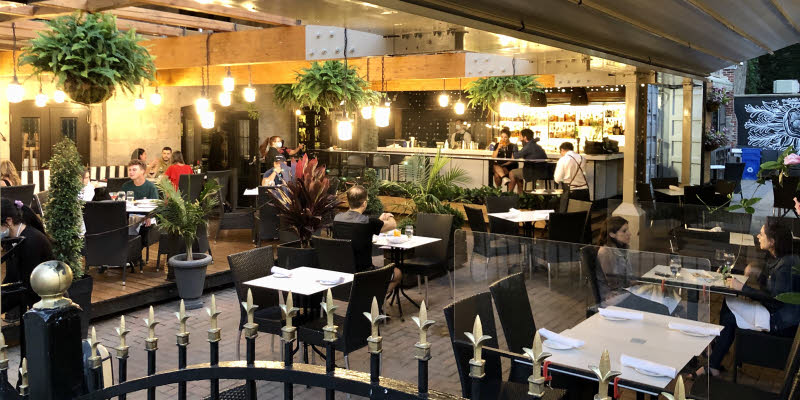 Open since 1983, Vieux-Port Steakhouse was the Antonopoulos Group's inaugural establishment.  Their collection now counts a handful of Old Montreal hotels and spas as well as a dozen contemporary restaurants – some of which have been covered here – but it all started with this old-world steakhouse.

The cooling weather may have sent some diners into the multi-floor interior featuring brick walls and cozy fireplaces, but for us the biggest draw here is the charming garden patio.

Although I have been to VPS on a couple occasions for brunch and lunch, tonight I got to sample their full, regular menu.  The latter runs the gamut of American-style steakhouses, listing classics such as crab cakes, an iceberg wedge salad, various cuts of aged steak and seafood dishes.  Drinks include a long list of cocktails, several beers on tap and a diverse wine selection, many of which available by the glass. 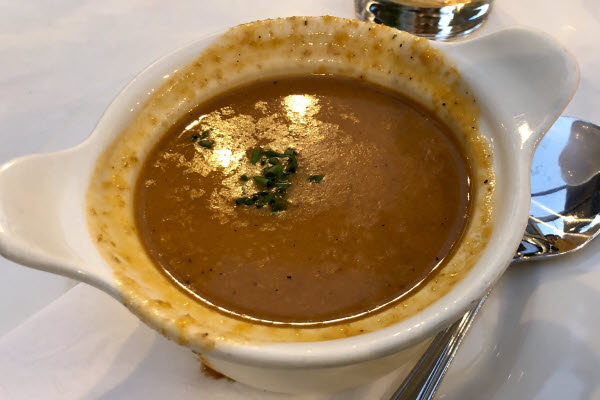 Hot, well-seasoned and rich, this soup satisfied against the cool winds, although it was missing that velvety smoothness and lobster chunks. 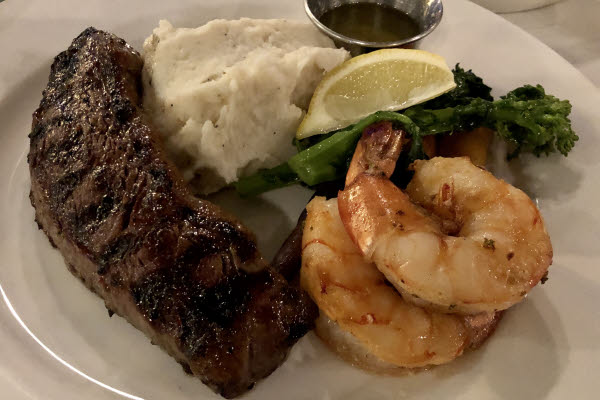 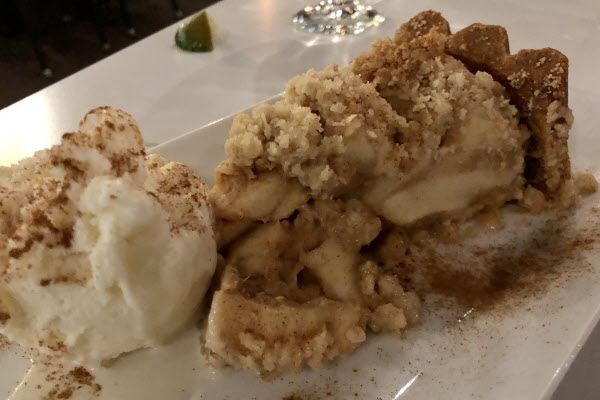 A messy slice of apple pie was filled with tarty sweet apple slices under a delicious streusel crumble.  Obviously you can't go wrong pairing this pie with ice cream!

After being seated by the hostess, a masked waiter quickly attended to us.  We did not feel the time pass as drinks, starters, refills, mains and desserts hastily followed each other.  Dinner lasted under ninety minutes, which for some people may be considered rushed.  I would also subtract a couple points for my semi-spilled soup bowl and my room-temperate wine.

In a way, Vieux-Port Steakhouse exemplifies the Antonopoulos Group's restaurant blueprint.  None of them wow critics nor do they top any lists, but they run like well-oiled machines and attract a fair share of locals and tourists alike.  The family-owned group's longevity and track record speak to their savviness and knowledge of their customer base.

Looking beyond VPS's imperfections, its patio and steaks are worth experiencing while the weather permits.  As a final note, this tenured steakhouse is popular for its Mothers Day brunches and banquet spaces. 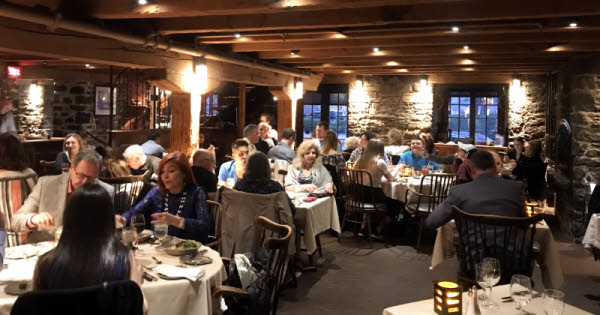 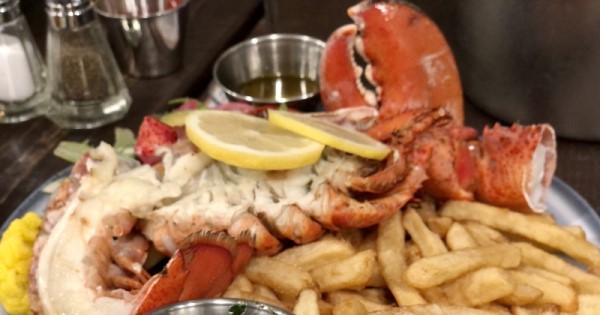 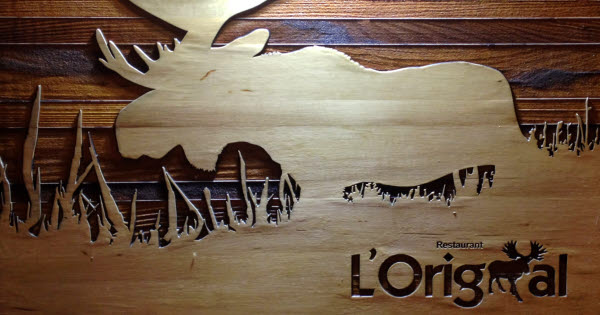