The last decade saw a vast change in Montreal's sushi landscape, as a slew of newcomers have tilted the balance of power with a fresh take on the Japanese staple.  Players such as PARK, Ryu and Saint Sushi have pushed the envelope with elaborate maki creations, touches of fusion and an emphasis on sustainable and responsible fisheries.

With all this choice on hand, I have lately given the cold shoulder to our city's older establishments, some of which have been around for decades.  Examples abound – Sakura, Mikado, Sho-Dan – but tonight I picked up some takeout from downtown's Takara, which is nearing thirty years in operation!

This hidden eatery sits on the fourth floor of Peel Street's Les Cours Mont-Royal, the prestigious shopping/office/residential complex and jewel of Montreal's Beaux-Arts heritage.  With the mall presently closed, the only access to the restaurant is through a side door on Metcalfe Street leading to a long staircase. 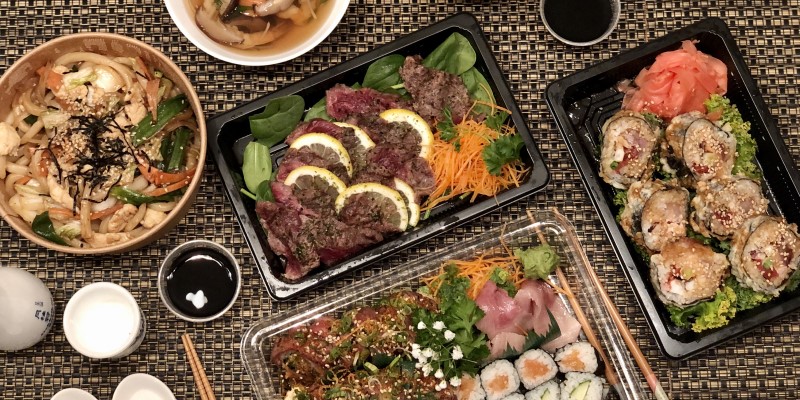 In addition to your prototypical selection of sashimi, nigiri and maki, Takara's menu suggests soups, salads, udon/soba noodles as well as inhouse specialties.  The undecided patron can opt for omakase – chef's selection – combos or teishyoku – prix fixe – menus, but I went ŕ la carte and tried a bit of everything to share with my wife.

A miso soup – not shown below – was rich and savoury but cheap on tofu.  Next, a packed seafood/mushroom soup was full of briny flavour.  A starter of grilled beef slices was rare-ish and low on seasoning.  As for the various sushi, they were tasty and featured fresh fish; a spicy tuna maki – also not pictured – was particularly irresistible.  Another coup de cśur was a signature roll of mushrooms with beef tataki on the outside.

I could have done without the tempura maki, as the batter cooled down and lost crispiness by the time it got home.  I must also point out how imperfectly rolled a lot of the maki were; some had irregular/square-ish shapes while others fell apart on picking up.  Finally, we rounded up our dinner with udon noodles topped with grilled chicken and veggies featuring a sweet soy-based sauce. 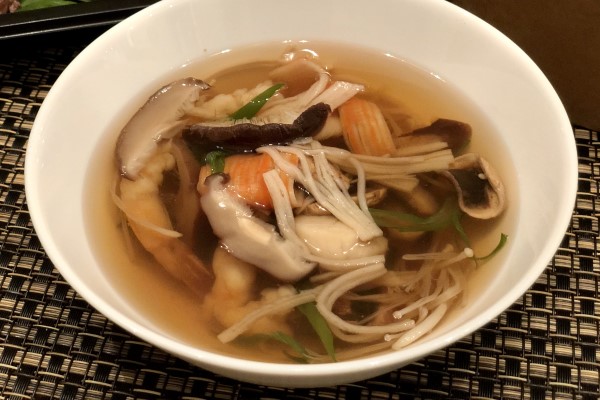 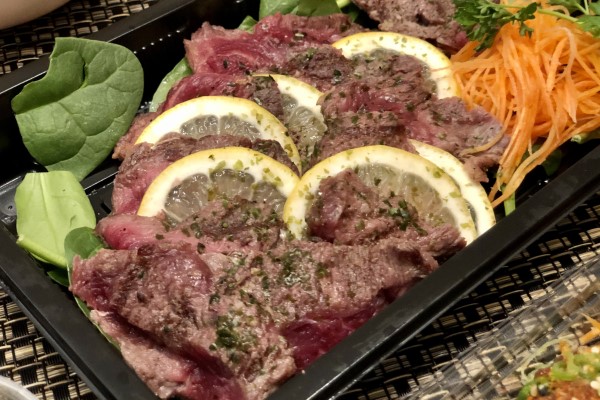 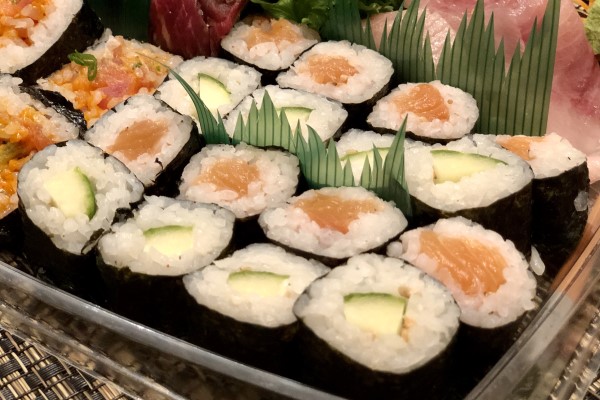 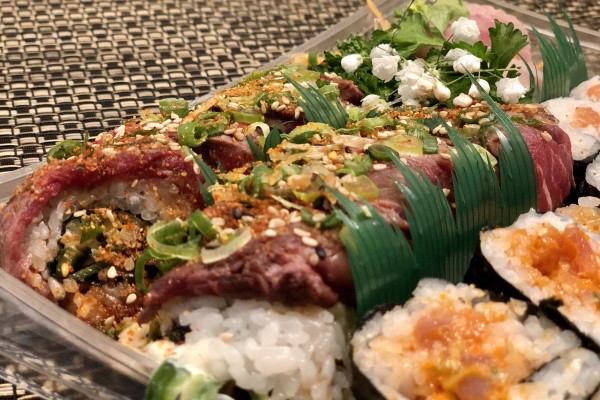 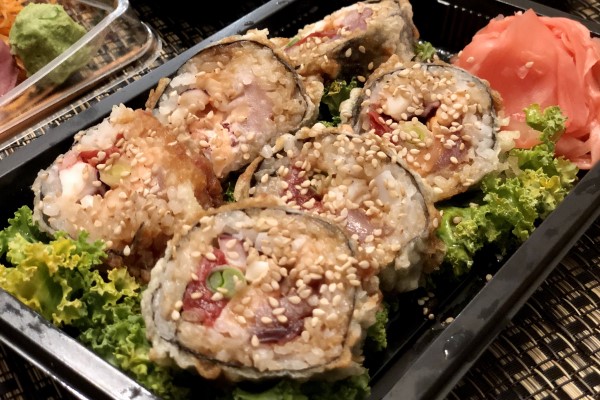 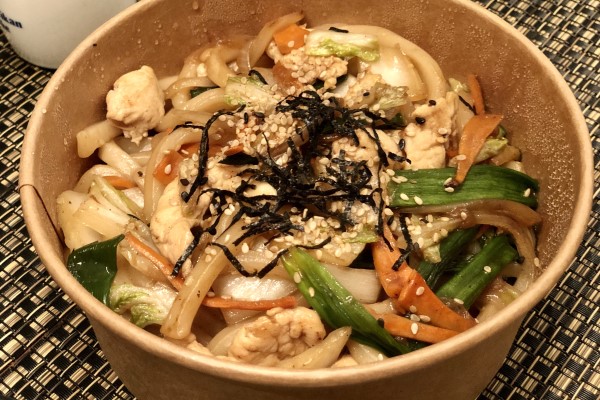 Even in the face of the explosion in new-wave sushi, there will always be room for something more traditional and old-fashioned.  Takara and its peers' longevity is testament to this.  Despite the imperfections, I would return here for those comforting soups and tasty sushi, be it for takeout or after a shopping spree – once retail returns to our lives.

As far as Montreal's RÉSO (Underground City) network of malls and passages is concerned, Takara stands a notch above the rest; offering a more refined experience amid a sea of food courts and big-box restaurants.