While the Montreal restaurant scene seems to be thriving since pandemic-related restrictions have been lifted, much has not reverted back to how things were.  Some establishments reduced their operating hours by not opening on Mondays or for lunch. 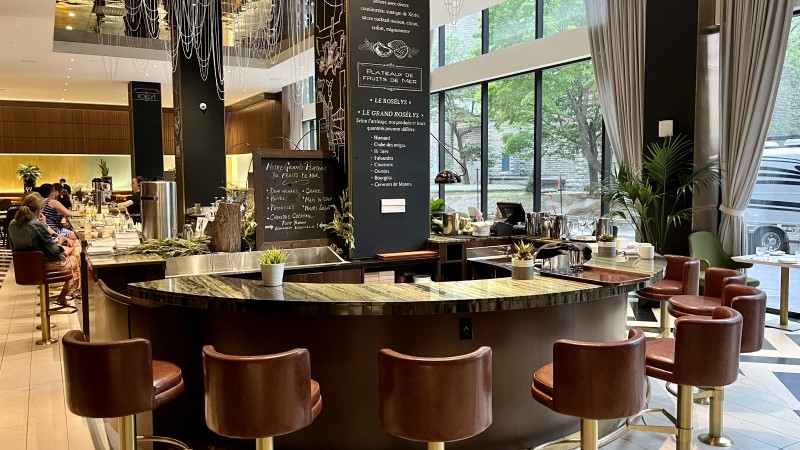 A feature which has not returned – for now – is the buffet, at least not at one of the city's institutions.  Long considered Montreal's premiere brunch destination, the Queen Elizabeth hotel's Rosélys seems to have switched its Sunday buffet for a three-course meal. 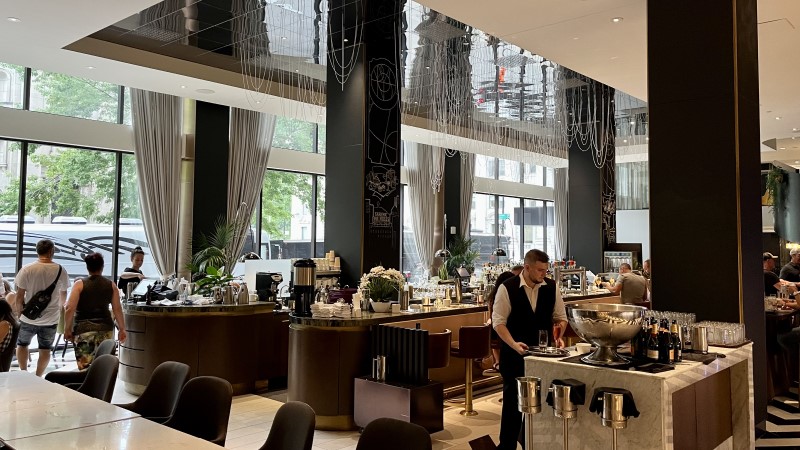 More information regarding Rosélys' history and significance can be found in our post-renovation review from 2018.  Seemingly still as popular as before, the earliest reservation I could find was for 1:30PM; quite late!  That said, the spacious dining room was about half full at this less-desirable hour. 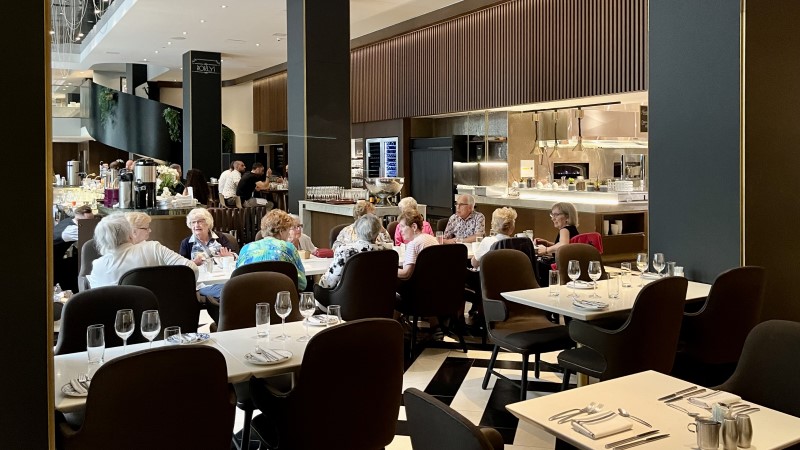 As for the crowd, the iconic restaurant still drew a moneyed clientele consisting of family gatherings spanning multiple generations.  This would describe my table today, as my party consisted of my children as well as parents – my father having a weakness for buffet brunches. 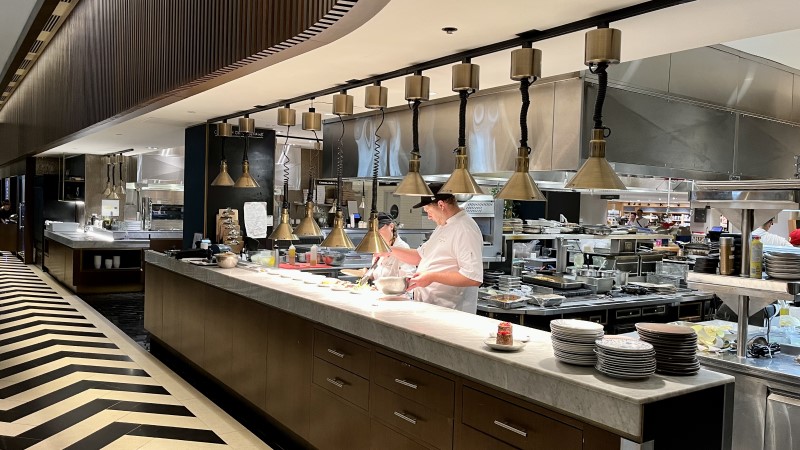 For its Sunday brunch, Rosélys suggests a three-course table d'hôte, with two choices for each course.  Half of the dishes were perplexing and eyebrow raising.

I could not understand the idea behind serving candied fish with a handful of bread crumbs sitting next to it.  Next, an attempt at giving avocado toast a Montreal twist by swapping the bread for half a bagel was not practical.  I could not eat it by hand given its pile of toppings, and let's not get into cutting a bagel with a fork and knife! 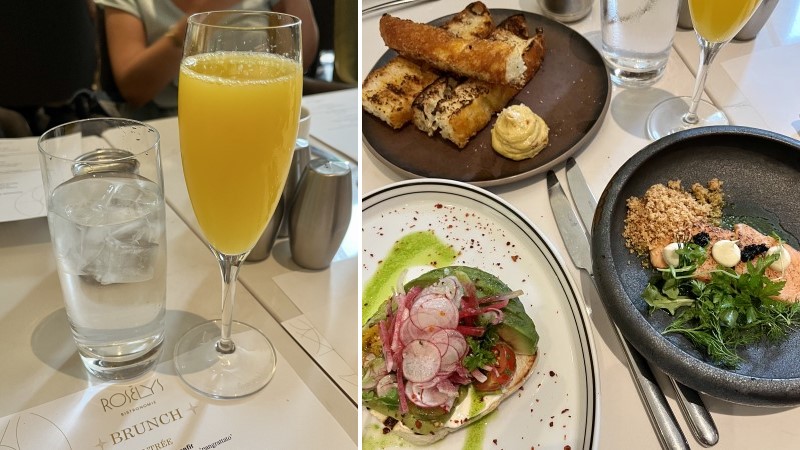 Moving on, a bao bun of sorts with a crispy shrimp cake and kimchi was overly spicy and – frankly – out of place.  Things turn for the better with a reinvented steak ‘n' eggs featuring succulent beef striploin in red wine jus served with a velvety steamed duck egg and buttery Yukon Gold potato wedges.

Finally, desserts were again spotty with a delicious, crunchy waffle given a sweet/tangy/tart treatment and a forgettable, so-called charlotte cake.  At $59 a pop, I was hoping for something more polished, better executed or more filling at least.  Lastly, children eat for half price; luckily there is a kids' menu which may be more appealing than this overly-fussy fare. 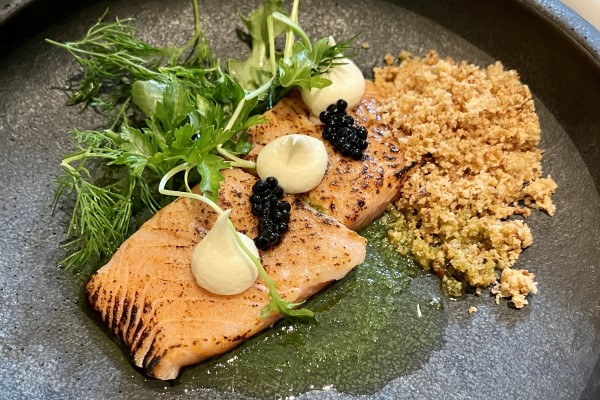 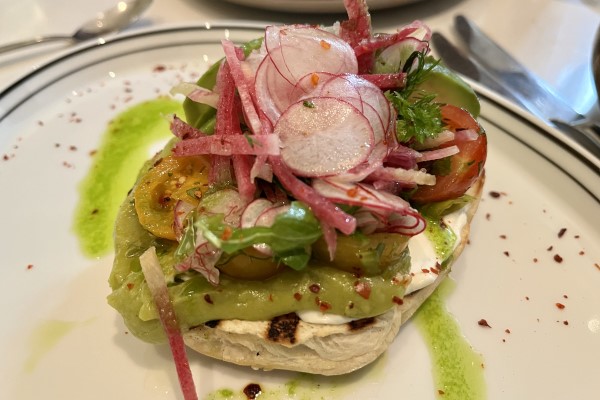 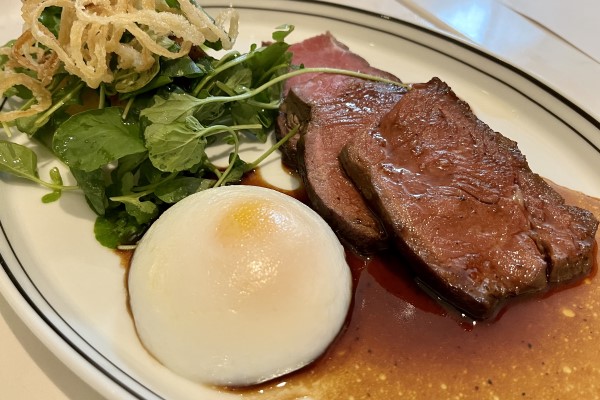 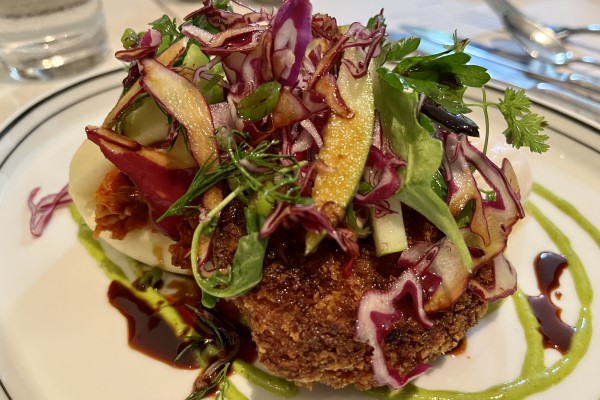 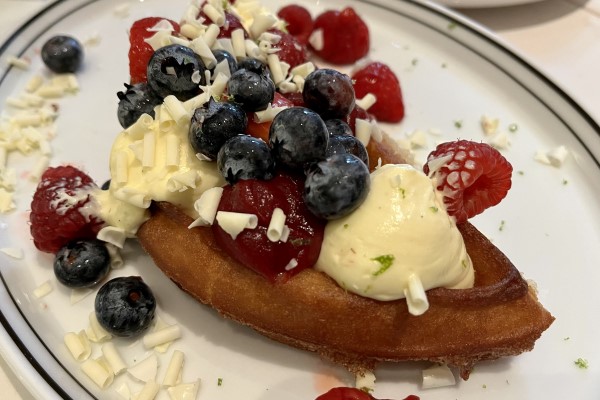 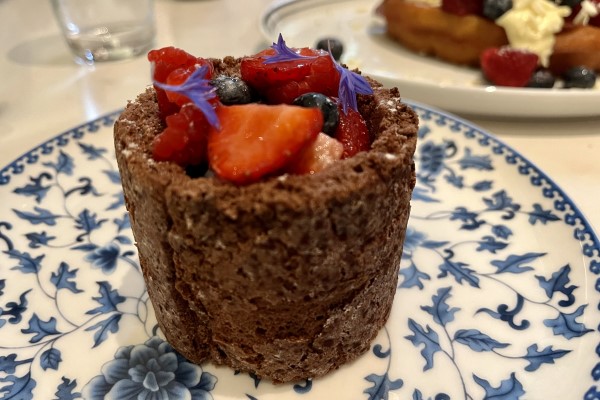 Gone is the hotel's valet service!  Whereas for decades I would leave my car at the bell captain's station for a staff member to pick up, today I was informed I would have to drive it around the back of the hotel and park it in the garage myself.  No thanks; I opted for a public spot on the street.

During brunch, our waiter was professional, if a little dry in demeanor.  He was also absent on a couple of occasions, but otherwise took care of us efficiently and adequately.

With the new menu lacking an identify, I feel Rosélys lost its demarcation factor and is now but a shadow of its former self.  Its Sunday buffets were a defining trait of the Queen Elizabeth hotel; they will be sorely missed by regulars of this famed landmark.

While nothing sampled today was particularly bad but rather bizarrely composed and underwhelming, I probably won't be back unless the powers that be reconsider those beloved buffets. 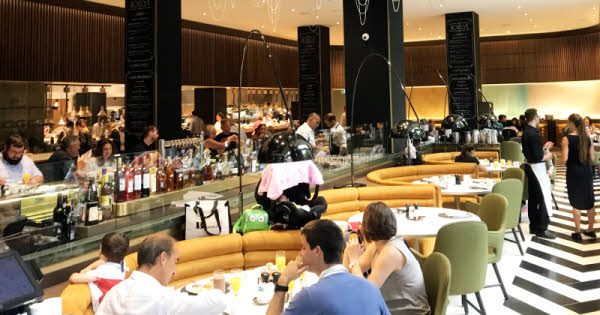 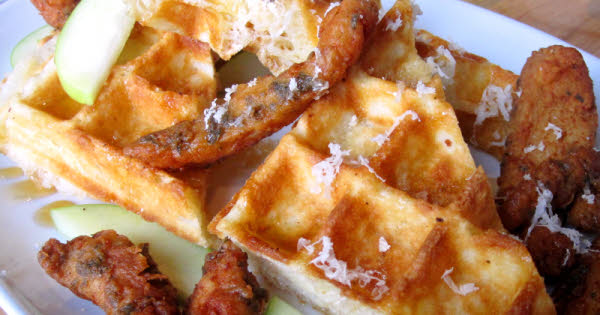 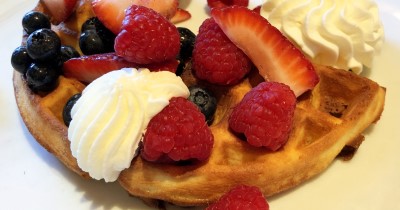