No nightlife story drew as much attention and buzz this year as the Four Seasons' new flagship restaurant.  The luxury hotel followed the Ritz's blueprint of signing up a foreign celebrity chef to helm an eatery named after himself.  Whereas the latter went with Daniel Boulud, the Four Seasons opted for Marcus Samuelsson, known for running a handful of noted New York restaurants as well as hosting a couple of culinary TV shows.

Having missed the media preview I was recently invited to, I decided to drop by for brunch at this much-anticipated, trending spot.

The three-month-old restaurant occupies the third floor of the snazzy, glassy Four Seasons/Holt Renfrew Ogilvy monolith.  Conceived by designer extraordinaire Zébulon Perron, the elegant, art deco space is nothing short of breathtaking.  The use of brass and patterned tiling mixed with white stone gives a contemporary classic feel, while the attached veranda adorned with plants overlooking the Western downtown skyline is travel magazine-worthy.

The large space was about two-thirds full for the 11AM brunch service, with the crowd leaning towards the young and fashionable type.

The brunch menu consists of egg classics – scrambled, omelette, benedict – as well as a couple of sandwiches and salads.  The main fare is surprisingly simple, casual and moderately priced, considering the digs and setting.  The second page listing seafood-and-more towers and platters is where one will need to dig deeper into their wallet – up to $150 for two!  Otherwise, there's an unlimited, serve-yourself pastry/dessert station for the sugar craved. 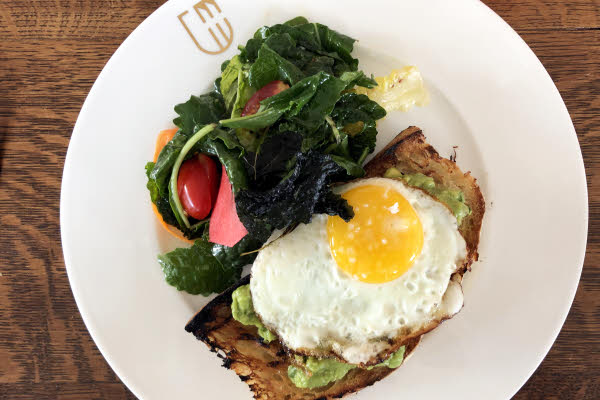 A relatively basic rendition of this popular brunch item, when compared to what more inventive kitchens are doing with it.  The egg was not runny enough, the salsa verde barely noticeable and jalapeno non-existent. 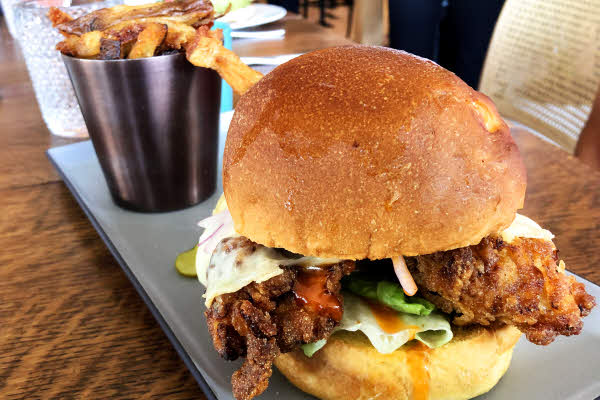 Seriously-juicy bird chunks were topped with Oka cheese and drizzled with hot honey.  The accompanying fries were well seasoned while the pickle slices were so thin they did not add much contribution to anything.

Today we were looked after by a friendly, caring waitress.  At my table, everything went without a hitch; drinks arrived promptly, dishes shortly followed and used tableware was disposed of when needed.  Looking beyond, however, someone dropped a pitcher nearby, spilling water over a large floor area.  Accidents happen, sure, but the reaction caught my eye.  A waiter crudely mopped the surface by dragging a towel across the tiling with his foot; not very tasteful!

Oh, and I have to throw in a word about the bathrooms; those are exquisite and worth a visit!

Given the Four Seasons brand name and the acclaimed chef behind this newcomer, my expectations were naturally high.  I regret to say that today's brunch was a tad disappointing.  The dishes above – plus others not pictured – were standard in both execution and presentation.

While I would love to come back for the seafood-oriented dinner menu and enjoy the magnificent setting before summer's end; for now, Marcus did not leave its mark on us. 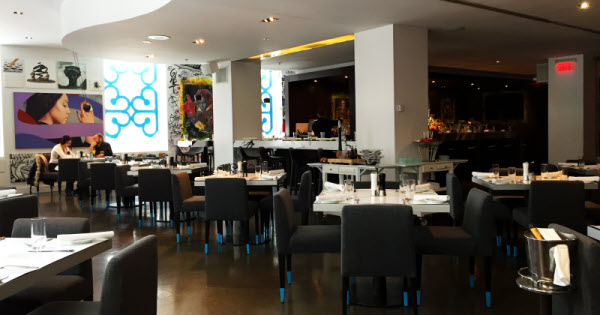 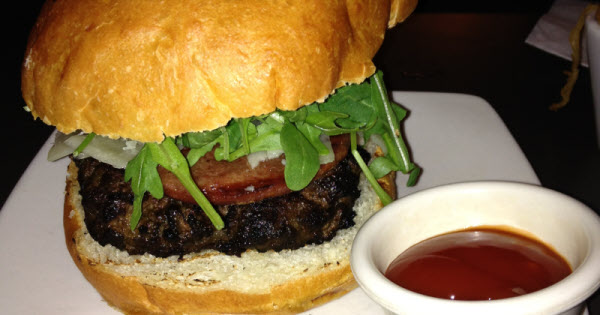