Monday night is the black sheep of the week when it comes to dining out.  While most casual eateries are open at the beginning of the week, things get trickier in the fine dining category.  Many such establishments opt to take a night off while others open their doors only to draw a minimal crowd – which can be a turnoff to some diners.

Tonight a friend and I took our chances with Jellyfish, the fabulous Old Montreal grill I visited multiple times – and reviewed here – during its first two years of existence.

This being a follow-up review three years later, the focus will be on the Monday night experience – readers are invited to consult my previous review for the what/where/who behind Jellyfish.

The glamorous dining room with its towering ceilings was about half full, with grunge/alternative rock classics providing the soundtrack for the night.  Patrons were middle-aged business types, in stark contrast to the regular jet-set crowd encountered later in the week.

The menu's layout remains as before; the main attractions – raw and charcoal sections – surround vegetable starters and various main dishes.  Sides are now gone, but a printed cocktail menu seems to have replaced the limited, chalkboard-listed choices I recall from my last visit.

The ingredient-driven fusion cuisine is as good as it was, while prices have hiked and plating remains camera averse.  A tuna tartare wowed with crunchy rice tempura and a spicy sour cream adding background heat.  Another standout was a veal chop cooked to a perfect medium rare, topped with garlic chips and served with crisp, golden fries. 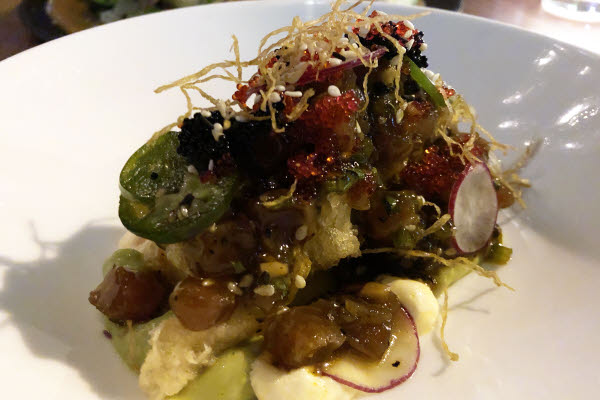 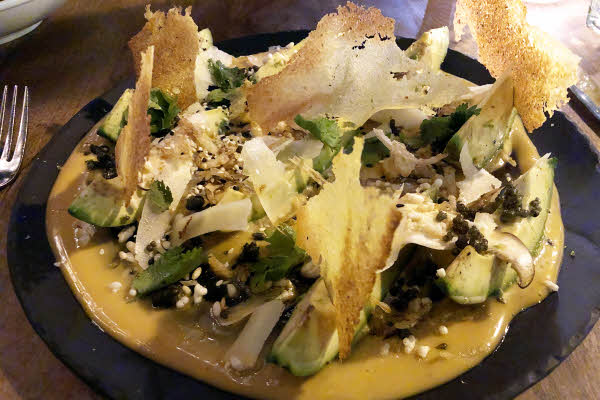 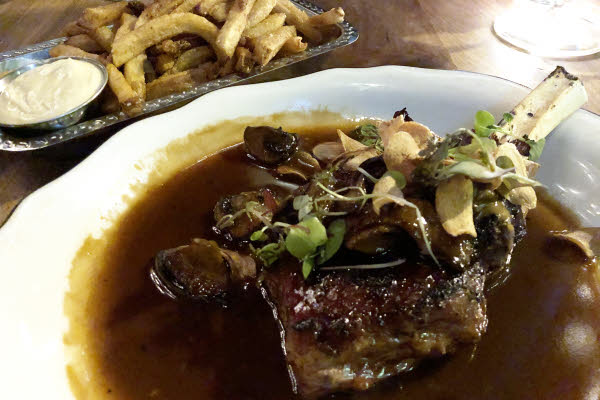 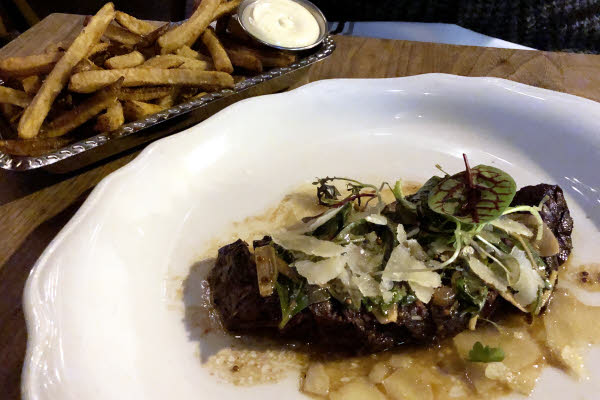 Service at Jellyfish has never been its strong suit.  While not particularly bad, it reminds me of my supper-club days when I used to frequent the likes of Buonanotte and Globe – which were incidentally backed by the same team behind Jellyfish.

So while our waitress lacked that extra polishing and refinement expected at a fine dining establishment of this caliber, her performance was more than adequate.

While not exactly packing, many restaurants would kill to have the turnout at Jellyfish on this Monday night.  The crafty, consistent, delicious food which turned me into a fan is still there; affirming Jellyfish as my pick for best restaurant along Old Montreal's crowded McGill Street.

Here's to hoping it achieves a longevity paralleling that of its namesake marine animal – which happens to be THE oldest, still-living species on earth. 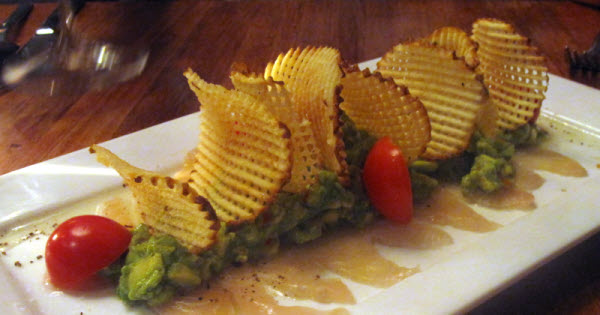 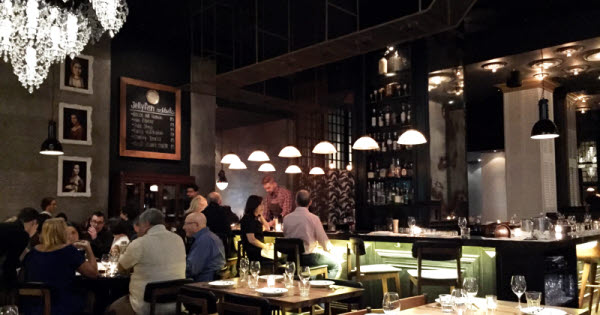 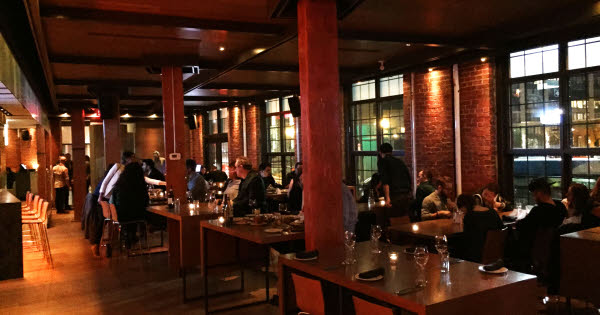 "Mondays have always been my worst weekday, due to the fact that many weekly activities usually kicks off on this day. The article has really gotten my interest. I am going to bookmark your blog and keep checking for new details every week.
Open this link to reach my website and check out its contents. Please let me know if this okay with you. Many Thanks!"