Restaurant turnover is a fact of (night)life.  Many concepts will never reach the all-important one-year milestone.  Old Montreal's McGill Street row in particular suffered its share of premature shutters in recent years — think of Racines, 155 Fahrenheit…  A relative newcomer to the area, Le Jellyfish just celebrated its first anniversary after receiving mostly favorable views from the city's top critics. 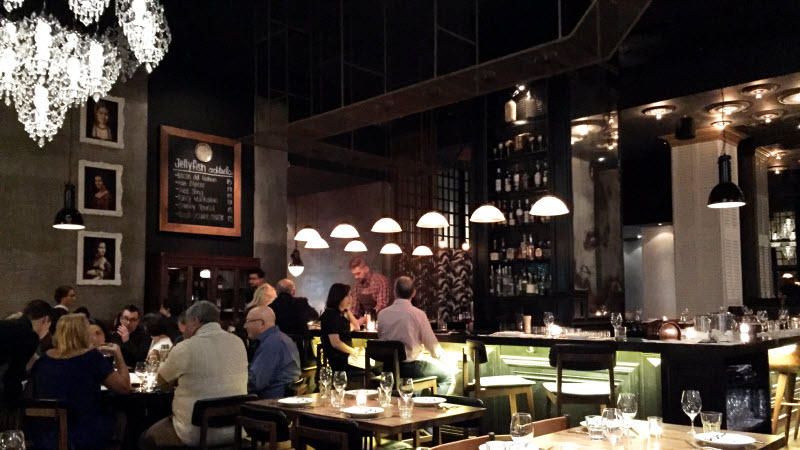 As with our first visit back in April, we were greeted at the door and seated by partner/manager Roberto Pesut, whom we recall from our many late-nights spent at Globe a decade ago.  Our initial impression imparted by the weak Saturday night turnout that Jellyfish's best days lay behind it was quickly reversed when the dining room filled up in no time; we just arrived before the rush, presumably.

The juxtaposition of ornate chandeliers and antique portraits against bare concrete walls produces a chic baroque/industrial setting; with upbeat 80s tunes creating a lively atmosphere.  As glamorous as the interior may be, the space's most valuable assets are probably the wall-to-wall, floor-to-ceiling windows overlooking the charming Square des Frčres-Charon across the street.

Young chef Mathieu Masson Duceppe, winner of a 2015 Chopped Canada episode, suggests a made-to-share, market-driven cuisine showcasing both raw and charcoal-grilled ingredients.  An Asian influence is also prevalent throughout the menu; which may or may not have something to do with Aziatik, the locale's previous tenant — we're guessing not. 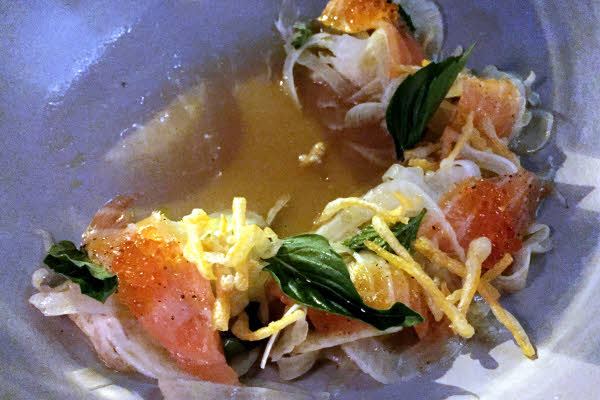 A beautiful play with textures emanating from crunchy fennel and crispy tempura, with the caviar adding some pop.  The fish and ginger dressing were also on point. 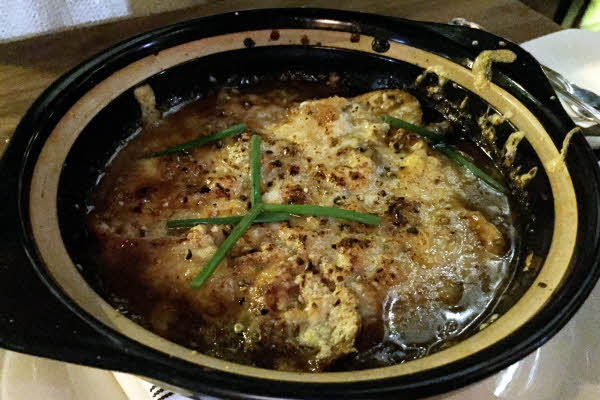 Beef-filled Szechuan-style dumplings swimming in a fragrant Tonkinese/Pho-flavored French onion soup with Swiss cheese on top.  Too much fusion?  We likey! 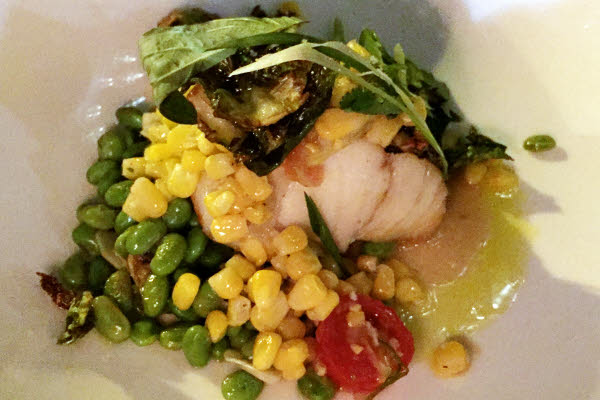 Fish with greens; a rudimentary home-cooked meal.  Was it well executed?  Yes.  Is it worth the inflated price tag?  Let's just say we'll pass on it next time. 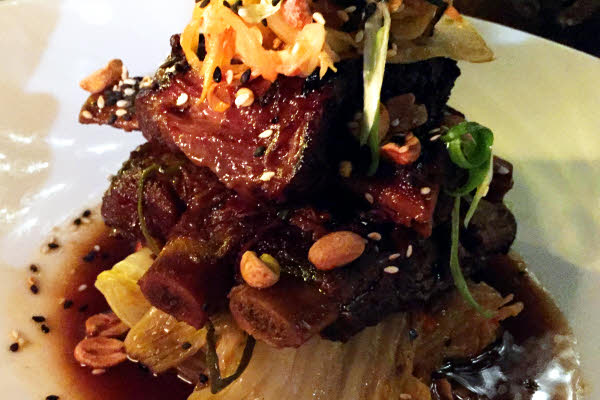 Taken separately, this tower of ribs' elements held their own; fall-off-the-bone meat and mouth-puckering kimchi.  The marriage of flavors, however, didn't work for us.

Our young, attractive waitress — one of several on the premises — was amicable and available; a welcome departure from the typically rushed, detached approach typically displayed at venues trying to draw the in-crowd as well as gourmets.  That being said, her repeat visits to check on us felt a little excessive and unnecessary.

In closing, we were pleased to find Le Jellyfish defying the odds and still going strong after passing the one-year mark — no small feat considering the area's competitive nature.  Between the seasoned veterans running the front of the house and young talent at work in the kitchen, this buzzing spot's future is in good hands.  Our advice to you is not to shy away from this jellyfish's sting; chances are you'll be itching for more. 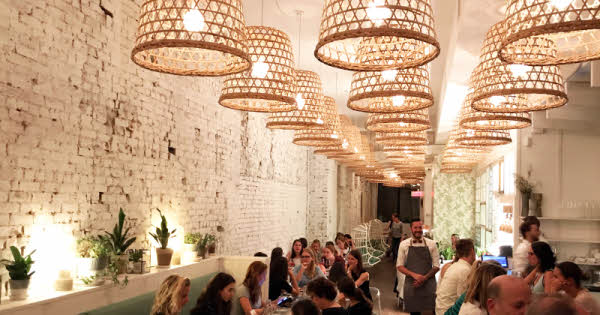 LOV: Why All the LOVe? 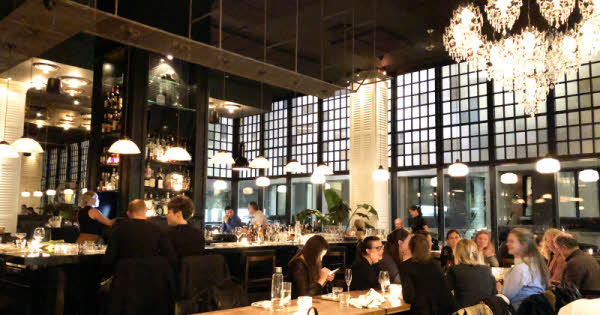 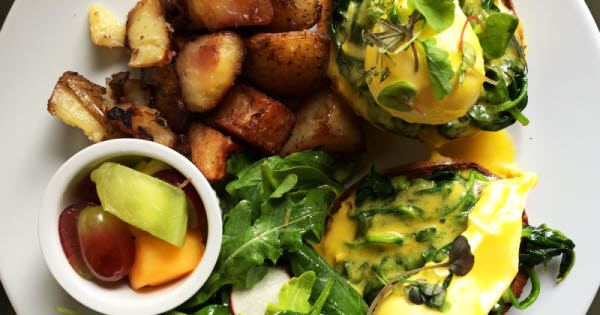 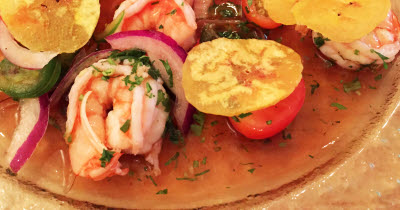