How to Avoid a Food Coma

For over four decades, Gibby's has provided Montrealers and out-of-towners alike a reliable destination for a steak dinner.  Open and busy every night of the week – Sundays included – a reservation is a must at this institution.  Located in the city's parking-challenged historic birthplace, the complimentary valet service is a godsend.

Vegetarians aside, everyone enjoys a good steak; which is why Gibby's – in addition to its charming location and setting – is a perfect spot to commemorate any occasion.  From graduation celebrations to family Christmas dinners, I have easily eaten here a dozen times over the last two decades.

Tonight's Mother's Day crowd consisted of the usual flock of Anglophones; older couples with their teenage offspring, men with their mothers tęte-ŕ-tęte and those omnipresent packs of meatheads.

The menu here resembles that of any upscale American steakhouse; various cuts of beef are preceded or accompanied by a large selection of seafood.  Prices may seem steep at first – mains exceed $50 – but once you find out what's included, you will change your mind.

Where its peers will serve you a steak all by its lonesome and gouge you for side orders, Gibby's will throw in bread, pickles, bacon bits, a salad, a palate-cleansing lemon sorbet, some veggies and a choice of baked potato or rice.  If it sounds like a lot, that's because it IS a lot!

And after years of figuring out what to order while avoiding leftovers – who takes steak in a doggy bag? – and the ensuing food coma, I have finally nailed it.  My wife and I shared a starter and two "reasonable" mains while skipping dessert; and we finished our plates while remaining lucid afterwards – mission accomplished! 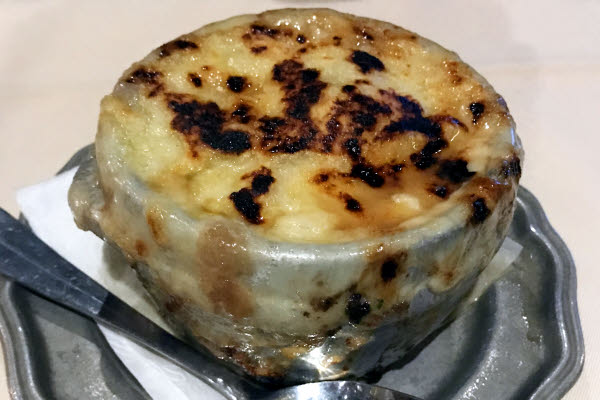 Enough with the fusion and deconstructed versions I have had of late; this textbook French onion soup was steaming with good caramelization and a brown, melty crust. 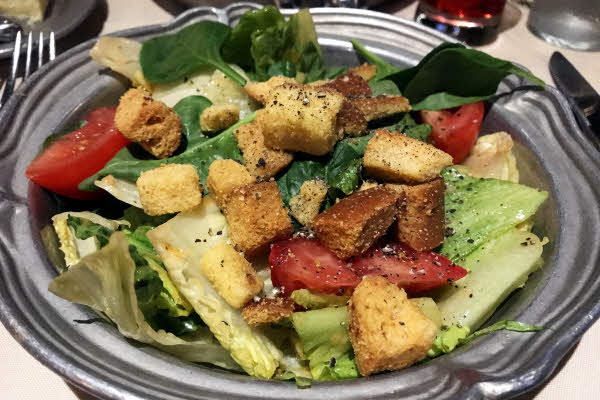 This simple, complimentary salad has one thing going for it; the addictive Gibby's dressing – available for sale in a bottle – with that famous sweet and sour taste. 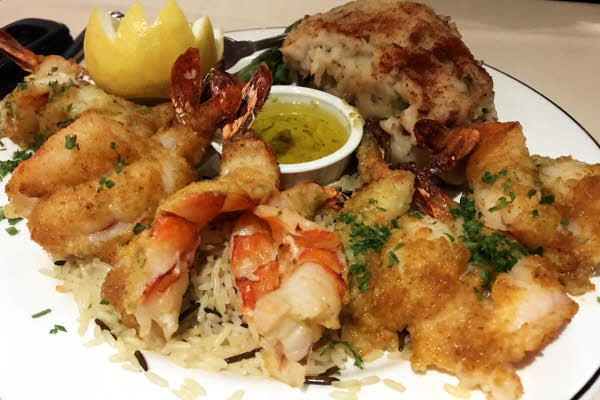 Lighter than a steak but still a whopper of a plate, breaded shrimps are served with a garlic butter dip and all the fixin's; a simple, decent surf-y alternative to turf. 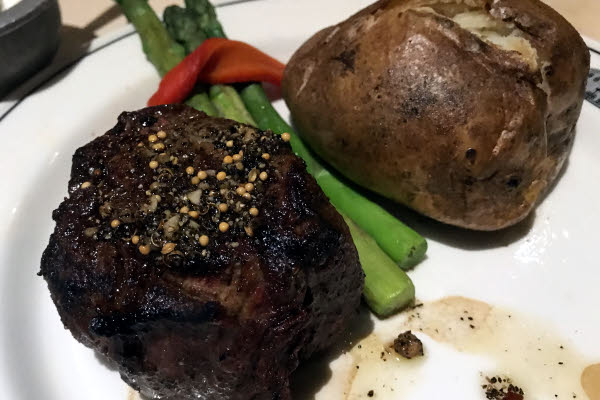 By far my least favorite cut but I wanted something small.  The medium-rare cooking was right on with a charred surface and pink flesh that turned red at the center.

Renowned for its older, longstanding staff, tonight there was new Gibby's blood in the air as we were tended to by a younger gentleman.  Regardless of age, he took care of us – as well as the impossibly-naggy table to our side – with the expertise and warmth this venerable address has always put forth.

Gibby's is often derided as an Anglo/tourist trap; although I feel this labeling is completely unfair.  Sure, it's no Moishes; but it does sit miles above chain-y steakhouses such as The Keg and (shudder) Houston.

Of all of its rivals, I deem it to have the best bang for the buck, thanks to its superior meats and all of the extras aforementioned.  Throw in its consistency and old-world vibe; no wonder I find myself gravitating here at least a couple times a year.  And now that I know exactly how much (not) to order, I can keep returning guilt free! 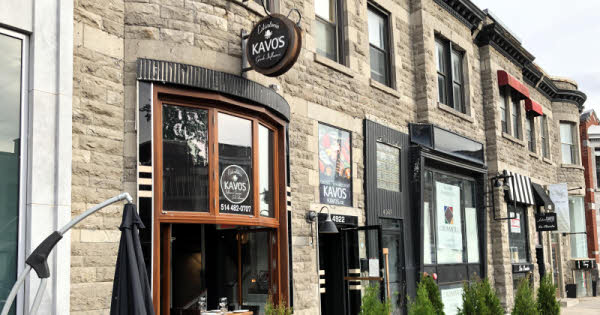 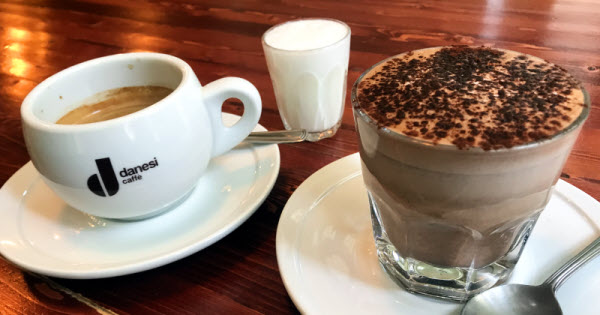 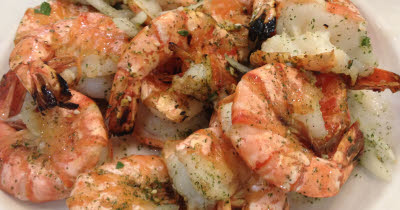